Post-Workout Nutrition - The Muscle PhD
Welcome!Sign In
Sign In |   No items in cart.Visit Shop
Skip to content 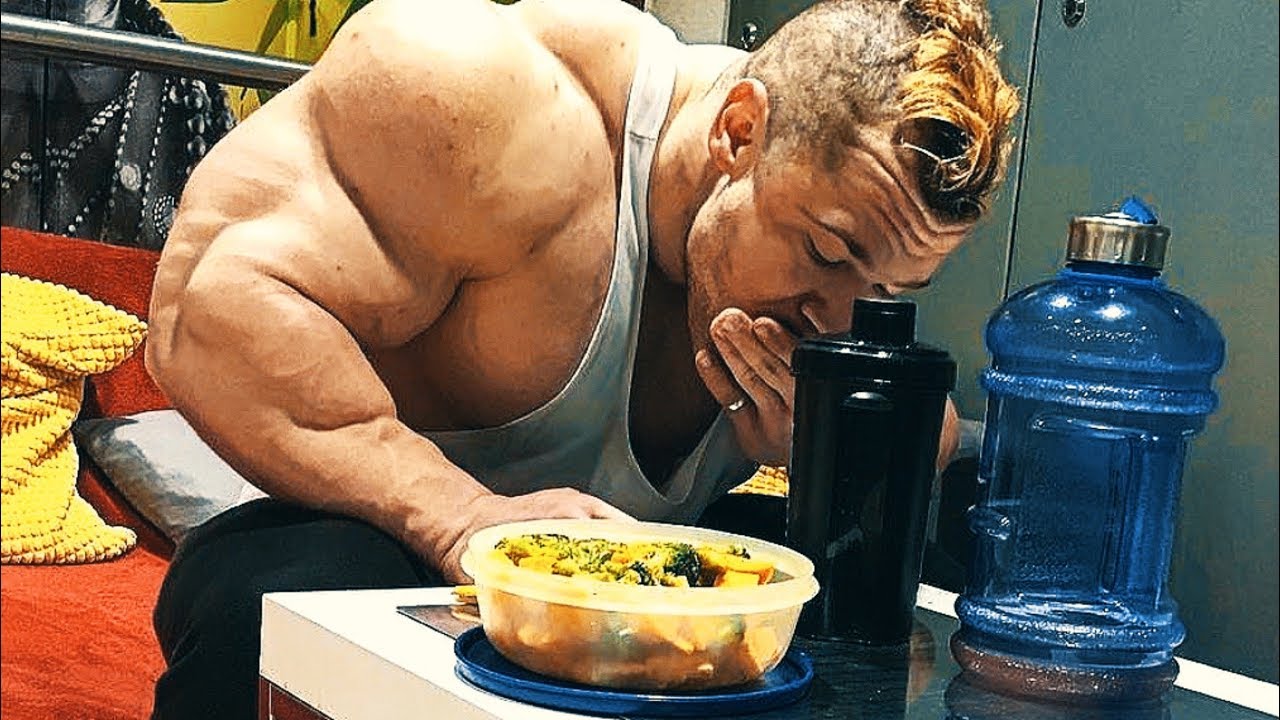 Ah, yes. The classic post workout meal. The proverbial pie cooling on the ledge of the anabolic window. The constituents of this meal can greatly impact your recovery and set you up for success in your next workout if done correctly. However, subpar nutrition at this time can impair muscle protein synthesis and glycogen replenishment and may render you sluggish and unmotivated in your next gym session. Let’s grab a fork and dig in to what a post-workout buffet should look like. 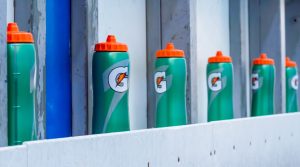 The main objective of the post-workout meal is to replace what was lost during the training session (25). During an intense workout, a dedicated bodybuilder can lose over 3-liters of sweat and over 3-grams of sodium (17). This creates an immediate need for both water and sodium replenishment as the muscle cell needs both water and sodium for proper function and fluid balance (17). Dehydration has been linked to several negative exercise factors, such as raised catabolic hormones, reduced anabolic hormones, and impaired insulin sensitivity (16,19,32). With this in mind, making hydration a major component of post-workout nutrition is essential. One of the best ways to maintain proper hydration is by drinking 16-fluid ounces of water an hour before, every hour during, and within an hour after your workout (20). This helps ensure that water isn’t inappropriately shed during your workout and is at least somewhat replenished following training. You can further your hydration effectiveness by imbibing 3.7-liters of fluid per day as a male and 2.9-liters per day as a female (17). An even more accurate, but difficult, hydration assessment is to shoot for 1-liter of fluid for every 1000-calories burned throughout the day (17).

As far as sodium goes, the average person loses about 1.15-grams of sodium per liter of sweat (17). A hardcore training session could easily result in 3-liters of sweat loss which leaves you in a 3.45-gram sodium deficit. The easiest way to get more sodium is through table salt – sodium makes up 40% of table salt by weight (17). 8.625-grams of table salt would be necessary to replenish sodium following an intense training session, so don’t be afraid to liberally salt your food and even grab a sports drink like Gatorade on your way out of the gym. Consuming additional electrolytes, such as magnesium, may also help sodium replenishment (read here). 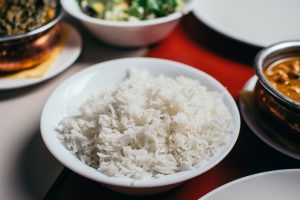 The next major nutrient burned during intense exercise is carbohydrate in the form of glycogen. Glycogen is the preferential energy source for intense exercise bouts lasting anywhere from 15-seconds to 2-minutes – or basically 99% of resistance training sets. As far as post-workout nutrition goes, carb type, timing, and amounts can all play a role in recovery (3,4), however, these roles are all dependent on your needs.

The type of carbs you consume after your workout completely depends on your goals. If you plan on hitting the same muscle group again within 24-hours, like an endurance athlete or Olympic weightlifter, consuming high GI carbs is the way to go. However, if you typically allow 48-72 hours between sessions for each muscle group (like most bodybuilders or powerlifters), consuming low GI carbs is perfectly fine (4). The Glycemic Index is simply a measure of how blood glucose levels respond to certain foods – the higher the blood glucose response, the higher the GI (14). Foods that are higher on the GI scale include simple sugars that are found in things like sports drinks, sweetened cereals, and even candy. Research shows that high GI foods are more effective at replenishing glycogen immediately after exercise than low GI foods (4,8,15,24). Like we mentioned, though, if you’re not training within the next 24-hours, you’re probably fine consuming low GI carbs as they will eventually replenish glycogen well before your next session.

On that last point, carb timing is also important for maximum glycogen replenishment. Consuming carbs immediately after exercise has been shown to be slightly more beneficial than waiting 2-hours post exercise (8,12). Some may refer to this as a sign of the, “anabolic window” but it’s probably just more effective because you’re spending more overall time replenishing rather than staying depleted. If you’re training again within 24-hours, your goal should be to take in sufficient carbohydrate every 2-hours following your training session for at least 4-hours (7,8). On the flip side, however, some studies show that muscle glycogen levels can be 75% replenished 6-hours following resistance training even without carbohydrate intake (read here). Glycogen replenishment typically is much easier following resistance training than endurance training, but carb intake is always going to be reliant on your training needs and goals.

So, if you are training again within 24-hours, what counts as, “sufficient carbohydrate?” Immediately after exercise you should shoot for 0.8-1.2 grams of carbohydrate per kilogram of bodyweight if you’re trying to pack on serious weight (2,7). If you’re doing a cleaner bulk or even cutting slightly, consuming about 0.5-0.6 grams of carbohydrate per kilogram of bodyweight is fine. Ingest this amount within in the first 4-hours following exercise (6) and if you’re trying to gain weight, take in this amount twice during the first 4-hours following training (6). An average bodybuilder should aim for a total intake of 3-5 grams of carbohydrate per kilogram of bodyweight throughout the day while a bodybuilder looking to gain significant weight will be better off consuming 5-8g/kg (7). For overall carbohydrate consumption, meal timing and proportions do not seem to have significant impacts one way or the other on overall glycogen replenishment outside the initial 4-hour window (3,9). Therefore, focus on whatever diet strategy allows you to hit your goal carbohydrate intake without ruining your day or bank account. 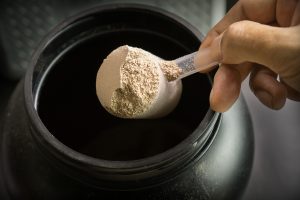 Now it’s time to discuss everyone’s favorite subject when it comes to post-workout nutrition: protein. Protein isn’t burned or depleted during exercise per se, but intense exercise will result in increased protein breakdown (2). Consuming protein post-exercise, then, is important for driving protein synthesis and creating an overall positive protein balance. 20-25 grams of quality protein appears to maximize muscle protein synthesis and restores a net positive protein balance following exercise (31). Heavier or more experienced lifters might get greater MPS responses to higher protein intakes up to 40-grams per meal (13). Faster digesting proteins and milk-based proteins can maximize protein synthesis even quicker than others, so whey protein is probably the best idea if you’re choosing a shake for your post-workout protein (11,13).

When it comes to the idea of the, “anabolic window,” it’s actually much wider than initially thought. The anabolic window represents the span of time that muscle protein synthesis (MPS) is elevated following resistance training. MPS appears to peak about 3-hours post workout and remains elevated for 24-48 hours following training (13,26), however, well-trained individuals may have an even shorter window (read here). Grab either a shake or meal ASAP after training (23) and try to keep protein intake consistent every 3-4 hours to keep MPS optimized during the recovery period (13). Chug 30-40 grams of casein protein before tucking in for the night to keep MPS elevated overnight (13).

As far as total protein intake goes, 2.2g/kg of bodyweight appears to be appropriate for most bodybuilders while 3g/kg of bodyweight might be best for optimizing body composition in a calorie deficit (13). Split this up into even doses every few hours throughout the day and focus the majority of your intake on whole foods with complete essential amino acid content – complete EAAs are necessary for optimizing protein synthesis (10,27,29). Only use supplements when you need extra protein to meet your goals or if your coworkers would rather you chug a shake than eat stinky steak and eggs at your desk every morning. 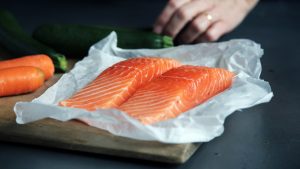 The last nutrient to consider when designing a post-workout nutrition plan is fat. If you’re not on a ketogenic diet, fat isn’t going to be a major part of planning out your overall diet as you’ll typically hit high enough fat levels when ingesting a high protein diet. Fat is still an important component of a bodybuilder’s diet as fat intake is highly correlated to overall testosterone levels (1,28,30). Aim for grabbing at least 15% of your total calories from fat and you should be set for proper fat intake (30).

At the end of the day, post-workout nutrition is one of the best methods for promoting recovery. Water and electrolytes, namely sodium, are the most important factors and should be addressed immediately after training. Protein can be consumed as soon as possible following training to take advantage of the recovery window, and protein doses should be spaced about every 3-4 hours throughout the day. Remember though, overall daily intake is more important than timing outside of the post-workout window, so focus mostly on getting in 2.2-3g/kg per day (26). Once you nail down your total daily intake, timing can play a larger role in overall gains. Fat intake is not overly important following exercise but is a key component in the big picture for optimizing testosterone levels. Lastly, design your carbohydrate needs based off of your training goals and you’ll be set. Crush the weights then crush some food – enjoy.