The Muscle PhD - About

Who is Dr. Wilson?

If you have ever seen the movie “A Christmas Story,” you are immediately drawn to how vivid Ralphie’s imagination was. From childhood all the way to present, my mind has worked exactly in that manner. Sure, there are flaws in the world, but my father always taught me to use my imagination to see the world not as it is, but as it could be. The first step was the vision that I could change people’s lives for the better. The second step was finding out how to accomplish this. 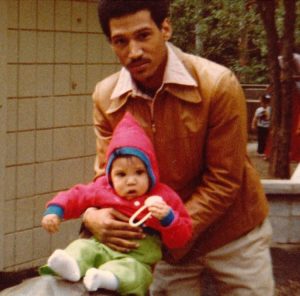 Growing up, my brother Gabriel (the other Dr. Wilson) and I were inundated and surrounded by education. I can remember my parents making the biggest deal about even the smallest classroom accomplishments. Throughout school I had a knack for taking the most challenging topics and translating them to my peers in ways that just “clicked.” Perhaps this gift was the “how” to my “why” of changing lives. I was tasked with the mission to take the language of science that only the 1% (scientists and doctors) could understand and translate it so the other 99% could also access it.

My academic career has been a whirlwind of sorts. Having been blessed intellectually, I crushed through school like a hurricane. I graduated from high school in nearly two years and began my college career. At first, I was in Canada where I played junior hockey. Then I was in California where I completed my Bachelor’s degree in Nutrition Science. Following this, I completed my masters degrees focusing on exercise physiology and sport psychology. I ended my academic career with my doctorate from Florida State University with a focus on how nutrition interacts with training on both a cellular and molecular level.

What made me choose a path centered around health and human performance, you ask? If we rewind a bit, I was the middle child in my family – a family of three boys! My poor Mom. Our Dad had grown up a phenomenal athlete so sports were a large part of our lives. The sports I fell in love with were related to martial arts (I received my black belt in kajukenbo) and hockey, in which my idol was Wayne Gretzky. After graduating from high school I knew I had to put on muscle mass for junior hockey in Canada. After all, the average height and weight was around 6 foot and 200lbs, respectively (a number of inches and several pounds more than I weighed). In the process, I began researching the topic furiously. Having become obsessed with human optimization, I decided to dedicate my career to it. 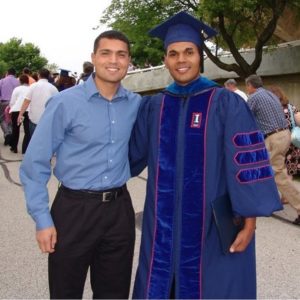 Following my student academic career, I went on to lecture and develop a world-renowned lab at the University of Tampa where I was a professor in the school Health Sciences & Human Performance. Collectively from my undergraduate through graduate work, along with my work at the University and ASPI, I have published over 200-papers, abstracts and book chapters. This culminated recently with the honor of being awarded the NSCA Terry J. Housh Young Investigator of the Year award. I can remember receiving the award; I thought it would be the pinnacle of my career. However, standing at the podium I realized something. All my publications and research were not getting out to the 99 percent. This realization brought me back to my “why” and “how.” I needed to create a platform which effectively bridged the gap between science and the general/athletic population.

In 2013, our lab was featured in the smash hit documentary, “Generation Iron.” The impact that movie had on shedding light on science opened my eyes. It made me realize that media could be a medium to reaching the 99%. We could effectively use modern-day technology to virtually bring individuals into our lab on a day-to-day basis. I knew that this dream could not happen within the confines of a University. Thus, after careful deliberation, we decided to pursue our dream and create the Applied Science and Performance Institute. In 2016 my business colleague, Dr. Ryan Lowery, and I built ASPI. A 21,000 square foot facility that is a virtual Disneyland of science for human performance and body composition.

My whole life I had put my head down and worked. Worked tirelessly with a purpose to empower others. To translate science into downloadable bits of information. Combined with amazing resources and a passion for changing lives, I want to bring you the tools to achieve your best version of you. Join me and The Muscle PhD community on this journey to transform yourself by the renewing of your mind and body.