Adductors vs. Hamstrings in the Squat - The Muscle PhD
Welcome!Sign In
Sign In |   No items in cart.Visit Shop
Skip to content

Adductors vs. Hamstrings in the Squat

The Muscle PhD - Quick Tips - Adductors vs. Hamstrings in the Squat 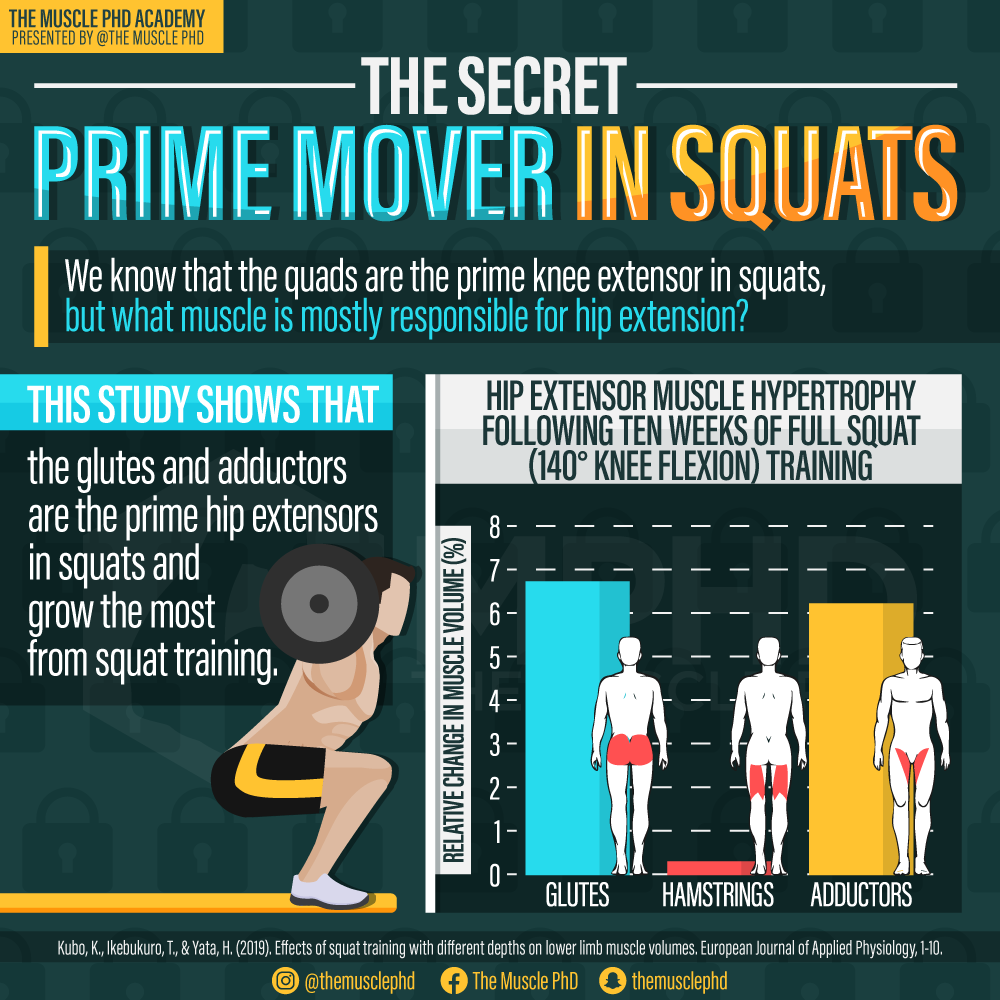 We’ve written an entire article on this concept (here), but this study helps lend some proof that the squat is NOT a good exercise for hamstrings development. Why is this the case?

The hamstrings are a biarticular muscle, meaning they cross two joints and can perform actions at two joints. With this in mind, the hamstrings extend the hips, like in RDL’s or good mornings, and they also flex the knee, like in leg curls and glute ham raises. During a squat, these two actions are at odds with one another; we don’t want to flex the knee and extend the hip simultaneously.

This oddity with the hamstrings has spurned quite a lot of research, dating back to at least 1903 when WP Lombard took a stab at describing how we can squat with multiple muscles in the lower body performing opposing motions. We go much more in-depth in our Hamstrings in the Squat article (here), but essentially, the hamstrings can help transfer force through the rectus femoris muscle in our quads, and vice-versa. This ends up as being a sort of, “figure-8,” force transfer which helps us perform a squatting motion. However, the hamstrings are not at all a prime mover in the squat.

This particular study sought the effects of squat depth on muscle hypertrophy. One group performed full squats for 12-weeks while the other group performed partial squats for 12-weeks. Neither group made any hamstrings gains and the full squat depth group made consistently better gains in all muscles measured (quads, glutes, and adductors). With this in mind, we have two takeaways – full ROM squat training is more effective for growth than partial squats, and squats are a better glute/adductor exercise than hamstrings exercise.