Pain Killers and Gains - The Muscle PhD
Welcome!Sign In
Sign In |   No items in cart.Visit Shop
Skip to content

A common question we get on social media is something along the lines of, “Will [x medication] ruin my gains if I take it after a workout?” Many lifters like to use painkillers and non-steroidal anti-inflammatory drugs (NSAIDs) after their workouts to try and alleviate pain and muscle soreness. Is this a good practice? Or is this detrimental to gains? Let’s see what the science says and if we can make applicable use of the answer.

First, we must understand one of the main outcomes of intense exercise: muscle damage. Muscle damage is typically caused by intense eccentric contractions that involve forced lengthening of the muscle. These lengthening actions may disrupt the sarcomere (contractile unit of muscle) and cause micro trauma to the muscle fiber itself (6). Muscle damage can also be exacerbated by metabolic byproducts of exercise, like free radicals or calcium imbalances, that can further damage the muscle cell (6,23). One of the outcomes of muscle damage is disruption of the extracellular matrix surrounding the muscle fiber which can stimulate an inflammatory response (27).

A common side effect of muscle damage is delayed onset muscle soreness (DOMS). This is caused by sensitization in nociceptors (pain receptors) that results from both tissue damage and metabolic byproducts (6,23). The increase in inflammation following damaging exercise can also increase pressure on the damaged tissue which can further sensitize the nociceptors and increase the sensation of pain/soreness (12).

Extreme muscle soreness can significantly delay exercise recovery and may even impact training frequency – if you’re too sore to train, you’re going to be more likely to skip your next session for that muscle group. Finding ways to reduce soreness following exercise, then, is of great interest to bodybuilders and strength athletes.

What are Non-Steroidal Anti-Inflammatory Drugs (NSAIDs)?

NSAIDs can be classified based on which cyclo-oxygenase isoform they inhibit – there are three known isoforms with two of them being present in skeletal muscle (25). The isoforms naturally found in skeletal muscle are upregulated following damaging exercise (1,3,35) which is one main stimulus for the inflammatory response to heavy training. Since this inflammation response can increase soreness after exercise, the theory would be that taking NSAIDs post-exercise may reduce inflammation and the extra soreness that it can cause. 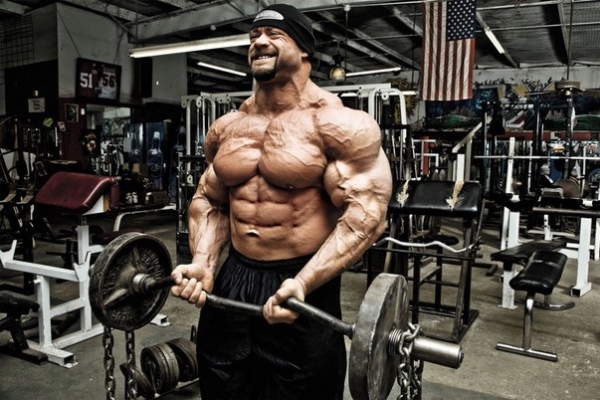 While inflammation is a bit of a buzzword in the fitness and wellness communities these days, it’s pretty well-documented that the inflammation response to resistance training can act as a growth signal. Certain prostanoid receptors may actually kick start a signaling cascade in the protein synthesis pathway (9). Prostanoid signaling may also mediate myonuclear addition from satellite cells (12) which has major implications for growth.

Addition of myonuclei is almost certainly necessary for muscle growth according to the, “Nuclear Domain Theory,” which states that a cell nucleus can only control a limited portion of a cell. If a cell needs to grow, more nuclei are needed to maintain cell function (11). If you’re interested in more info on this process, check out our Muscle Memory article here for more info.

From the above findings, it seems pretty clear that inflammation resulting from enzymatic activity following damaging exercise can actually help promote muscle growth (26). If one were to take an OTC drug that inhibits this enzymatic activity, would that impair growth? Let’s check it out.

It’s important to bear in mind that muscle growth is predicated on the relationship between muscle protein synthesis and protein breakdown (34). Raising protein synthesis rates above the rate of protein breakdown results in a net positive protein balance which is necessary for muscle growth (25,34). With this, and the above information in mind, some sketchy things seem to play out.

Several animal studies have found that NSAIDs can impair protein synthesis both at rest and following exercise (19,24,32). This impairment of protein synthesis has also been shown to result in diminished muscle growth with animals taking NSAIDs compared to control groups (2,18,26). While animal studies are a solid starting point for identifying medical and/or exercise variables, does this effect play out in humans?

Some human studies do show significantly impaired protein synthesis following exercise when subjects take large dosages of NSAIDs (31), however, these results are not always seen. Why is this the case? The first problem is that most studies analyzing NSAIDs and their effects on muscle gains involve older individuals, since this population would be the most likely to benefit from reduced pain while exercising. With this in mind, we see that NSAID use does not impair protein synthesis or muscle gains in older individuals performing aerobic exercise (22) or moderate intensity resistance training programs (21,30).

So, why do older individuals not get the same growth/protein synthesis impairment that younger individuals do? It appears that older populations do not exhibit a significant inflammatory response to damaging exercise (16) like we see in younger subjects (5). There may be two reasons for this: the first reason is that older adults typically have reduced vascularization around the muscle. This reduction in vascularization can impair the overall inflammation response to exercise (10). The second, and more likely, reason is that older lab mice have been shown to exhibit declines in macrophage activity (8). Macrophages are involved in the initiation and maintenance of the inflammation response following muscle damage. 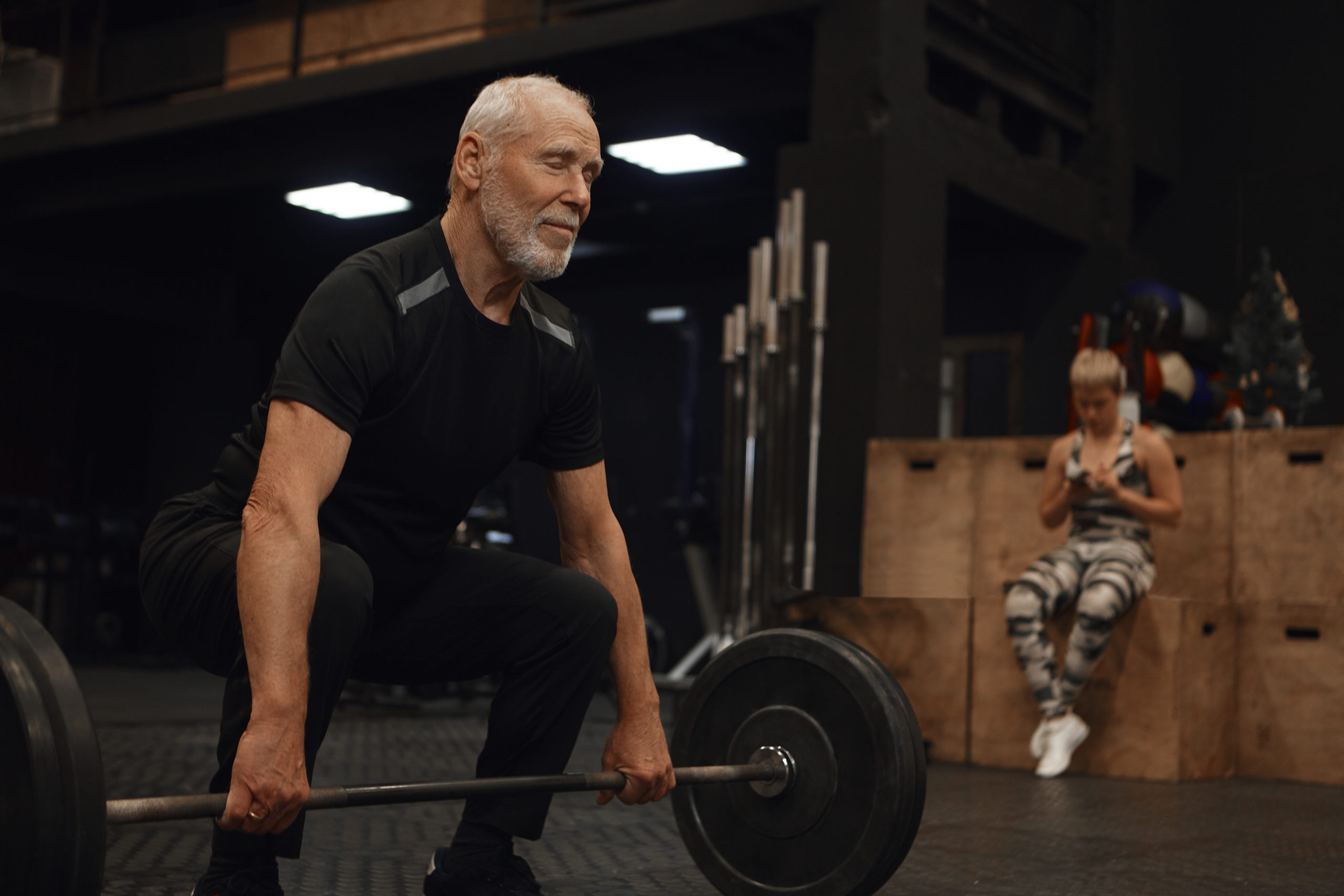 Therefore, since older individuals don’t seem to exhibit the same inflammation response to exercise, blocking the production of inflammation by using NSAIDs more than likely wouldn’t impair any growth signals in older adults like it would younger subjects. This more than likely also rings true with satellite cell activation. NSAIDs have been shown to impair satellite cell activation and/or recruitment following intense training in younger individuals (17), however, the lack of an initial inflammation response in older individuals may not lead to this same effect for older populations. So, then, what are the applicable takeaways with NSAIDs, growth, and training?

Obviously, the first thing worth understanding is that subjects under the age range of probably 50-60 will more than likely show growth signal and satellite cell impairment when using NSAIDs in combination with heavy training. Therefore, if you’re under the age of ~50, you shouldn’t rely on NSAIDs for managing soreness following training.

Another thing worth noting is that, even though many lifters use NSAIDs to reduce soreness and promote recovery, NSAIDs have actually been shown to not assist in the recovery process (13,20,28,29) and don’t seem to have a significant effect on muscle soreness (7,31). These findings seem to defeat the whole modus operandi behind taking these medications and make it appear as if NSAIDs may cause more harm than good when concerning gains in younger individuals.

The good news is that, between the few studies we have on younger populations, it seems like smaller dosages of NSAIDs don’t significantly interfere with the growth response to training as much as larger ones. While a study investigating maximum daily dosages found significant impairments in protein synthesis following training (31), another found no difference in growth between a lower dosage NSAID group and a placebo group following a 6-week training program (15). So if you do feel a difference from taking painkillers after heavy training sessions, try sticking to smaller dosages to lessen any negative impacts.

Since neither Dr. Wilson nor myself are medical doctors, we’re not going to talk about exact dosages, timing, frequency, or any of that nonsense when concerning over the counter medications. The NSAIDs mentioned in this article are drugs, not supplements. If you’re interested in more information about these drugs and how they might interact with your workouts, talk to your personal physician as they are the ones responsible for prescribing medication dosages. Our best advice is to steer clear of the daily maximum dosage for any painkiller, and to avoid using them as much as possible. Occasional use following a seriously intense session is probably okay and won’t cause any issues. However, consistent use of higher dosages will more than likely impair gains in the long run.