What is Broscience? - The Muscle PhD
Welcome!Sign In
Sign In |   No items in cart.Visit Shop
Skip to content

The Muscle PhD - What is Broscience? 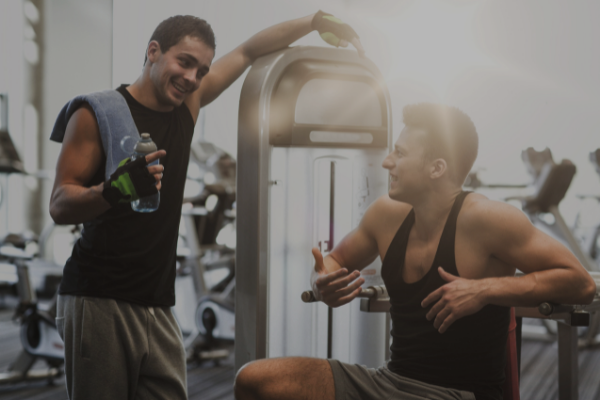 Broscience is one of those terms that gets tossed around pretty loosely by bros and scientists alike. It’s also one of those phrases that’s pretty hard to describe – but you know it when you see it. This idea of things that are hard to describe, but easy to point out, has persisted since a well-known Supreme Court case from 1964 involving, ahem, adult materials.

Since we have no desire to bring the concept of broscience into a controversial Supreme Court opinion any time soon, we figured we’d go ahead and lay out our interpretation of the term. Additionally, we’ll outline how we think it fits into the grand scheme of the fitness world and, ultimately, how it may help us in the long run. 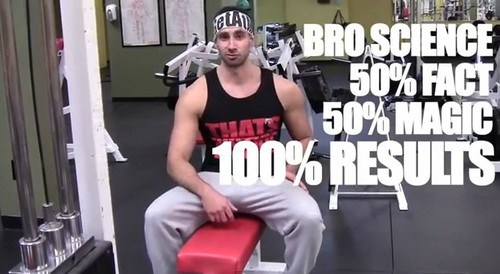 One of my favorite definitions of broscience was uttered by (I believe) Dr. Eric Helms, who stated that broscience was simply “yesterday’s truths.” Essentially, we understand the most up-to-date science to be our current understanding of “truth.” Since science evolves every day, the broscientist might get stuck in their ways and not update their beliefs when new science hits the scene. While a healthy level of skepticism is important in the case of new science, clutching onto old beliefs in the face of mounting evidence is certainly the action of a broscientist.

An example here is the concept of creatine cycling. Even researchers used to think that creatine cycling was necessary, otherwise you’d “shut down” your own creatine production and would have serious problems upon coming off creatine. While creatine supplementation certainly represses your own production, we’ve known since the late 90s that natural creatine production ramps back up almost immediately once you stop taking creatine. However, the broscientist continues to grasp onto yesterday’s truths.

Another definition or, rather, red flag that might signify broscience is the presence of absolutes. Folks saying you HAVE to do this, or this CAUSES that, etc. Anyone who’s up to date with science knows that almost everything in health and fitness is a gray area and virtually every question can be answered by, “it depends.” The broscientist probably has something to sell you and, thus, relies on absolutes in an attempt to persuade you to buy their product. This is a common scheme in social media, but luckily, people are starting to notice these types of accounts.

Another description of broscience could simply be “half-truths.” Similar to the above discussion on “yesterday’s truth,” a half-truth is something that might sound pretty scientific, but just isn’t all the way there. A great example is the classic “fat burning heart rate zone” we see plastered all over tons of cardio equipment. Sure, a moderate heart rate will result in a high rate of fat oxidation as energy requirements aren’t super high. However, more intense cardio results in more calorie burning and, eventually, more fat loss over time. In essence, the fat burning zone is a half-truth perpetuated by broscientists and cardio machines alike.

Finally, we could also describe broscience as a “blanketed statement driven by intuition, rather than fact.” This one is probably the easiest to recognize – someone says something completely bogus because something “feels” a certain way, rather than using the available scientific findings to support their theory. This one is super common in today’s social media fitness mess. Everyone has an opinion on a best exercise for this, an optimal method for that, etc. and the vast majority of these statements are based on nothing but intuition. Certainly, intuition can have its place in driving certain training variables, but we’ll get into that more later.

What is the Opposite of Broscience? 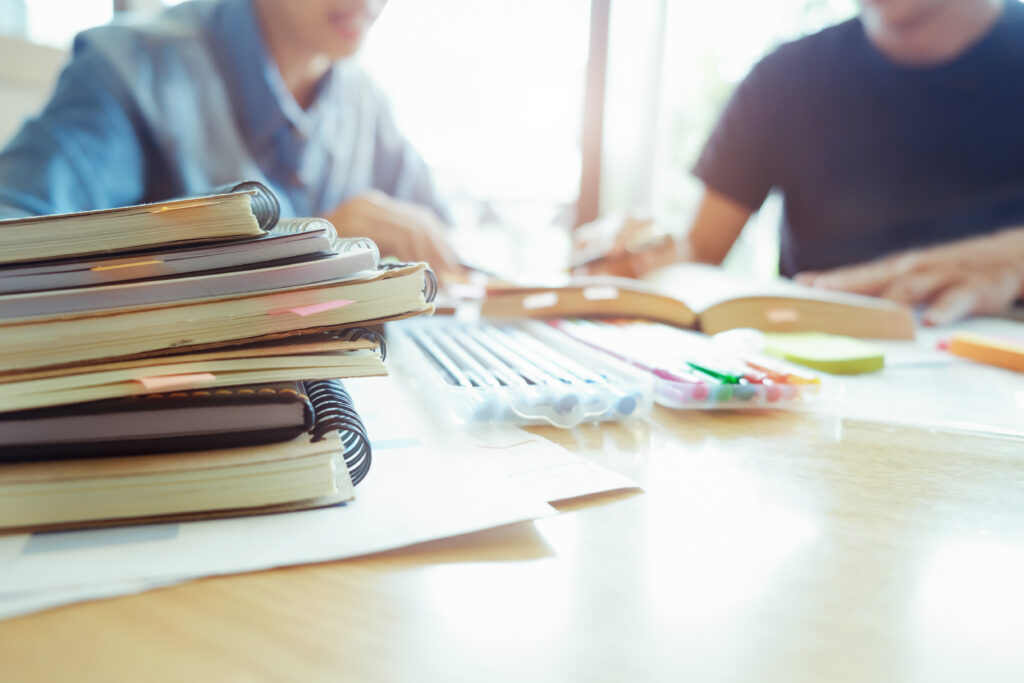 On the complete opposite end of broscience is the term, “evidence-based.” Now, usually this is a good thing, as this phrase describes an individual who draws from the appropriate evidence to support their claims about training, nutrition, etc. Someone up to date on the science and communicating it correctly? Definitely not a broscientist.

However, the evidence-based route can be a slippery slope. Occasionally, we uncover scientific findings that just don’t gel with application. For instance, a handful of previous studies “found” that isolation exercises were no more effective for improving muscle growth in the biceps as opposed to compound exercises (example: Gentil et al., 2013). Findings such as this have led some “evidence-based” practitioners to state that isolation exercises are pointless when one is training for muscle growth. Come on, we all know that doesn’t pan out in the real world.

Another example hails from periodization literature. Essentially, periodization is planned variation in your training – we have an entire article devoted to it here. When we look at studies, we often find that periodization doesn’t impact muscle growth to a large degree. This idea has been echoed by the evidence-based communities who suggest that periodization is unnecessary for growth; just train in the 8-12 rep range every time you hit the gym and you’re good. Case closed? Not quite.

Again, this is an oversimplification in the literature. Most periodization studies last 8-12 weeks and use untrained subjects. How would that relate to the gym veteran that’s been training for 10+ years and weighs over 100kg lean? Advanced bodybuilders absolutely need to periodize their training as brief periods of strength focus, power training, or even conditioning could promote gains that ultimately lead back to improved muscle growth.

Ultimately, “evidence-based” is certainly less of a red flag than someone spouting broscience. However, it’s not always innocent of misleading folks into subpar training or nutrition routines. Can someone be both a bro and an evidence-based practitioner? Let’s get into that next.

Can we Meet in the Middle?

In our humble opinion, the ultimate expert is a hybrid of both bro and evidence-based practitioner. Certainly, most practices and opinions should have an evidence basis. However, practical experience over 10+ years of training and coaching others should also hold some weight – especially when combined with appropriate science.

Ideally, the evidence-based bro can see the shortcomings of science and also understands that, sometimes, science will probably never confirm some of our practical findings in the field. For instance, periodization and its effects on muscle growth will be nearly impossible to identify as we’d need a controlled cohort of 50+ subjects and we’d have to train them for years in order to truly detect an effect. Good luck getting that one finished.

The evidence-based bro should also be able to admit when the available science doesn’t necessarily support their opinion on a topic. This should lead into a worthwhile discussion in which one is able to connect the dots and pinpoint why this is the case. For an example, check our Deadlifts on Back Day article here for a scenario in which science hasn’t uncovered much support for, but our practical knowledge is able to bridge the gap.

How does one become an evidence-based bro? Well, again – we’re at the crossroads of simply knowing it when you see it. There certainly isn’t any certification for such a title (that’d be cool though, right?), but it would definitely require years of hitting the books and probably at least a decade of hitting the weights and training others. Thus, one would truly be able to bridge the gap between science and application. Oh wait, that’s the tagline for the Muscle PhD. Huh…

Ultimately, broscience usually does more harm than good for the exercise science field, especially when folks are speaking from yesterday’s truths, half-truths, or complete intuition. Unfortunately, when someone has a good physique and a large social media following, it can be easy to assume they’re an expert on fitness or nutrition. However, if you spend enough time on this site, we’re confident that you’ve developed a keen eye for shady information and can spot broscience pretty quickly.

Being evidence-based is pretty much always going to be better than broscience-based in the long run but meeting somewhere in the middle of the two is likely best when it comes to building muscle or getting shredded. Always keep in mind that science rarely works with super jacked or ripped bodybuilders, so having practical knowledge about working with these folks is also important for generating long-term outcomes. Therefore, the evidence-based bro may be the ultimate exercise science practitioner.

Interested in becoming an evidence-based bro? Well, we’ve got just the tool for you. The Muscle PhD Academy contains over 150 scientific and applicable lectures that are designed to make anyone an exercise science expert. Not only will you learn the evidence behind every claim, but you’ll also gain understanding on how to apply this information. Additionally, we even cover the gray areas of exercise science and the places where researchers can’t really look. We even have a community of professionals ready to discuss certain topics, review training programs, or even critique your lifting form. Everything you could ever need to become an evidence-based bro is in the Muscle PhD Academy. We sincerely hope you consider joining and we can’t wait to help you change your life.