Does flexible dieting belong in bodybuilding? - The Muscle PhD
Welcome!Sign In
Sign In |   No items in cart.Visit Shop
Skip to content

Does flexible dieting belong in bodybuilding?

The Muscle PhD - Videos - Does flexible dieting belong in bodybuilding?

A huge incentive for people getting into bodybuilding is to be able to become just like famous bodybuilders they follow on social media or see in muscle magazines. We’ve all probably seen the Dwayne Johnson viral video where he filmed his only “cheat” day on his year long diet, where he binged on all the sweets and calorie rich meals he could. The sheer absurdity of his macronutrients only served to accentuate how strict his diet must be for the remaining 364 days of the year.

Does it have to be this way though? Should you be constantly stressing over your meals, getting the perfect amount of proteins, carbs, fats, and calories throughout your day, only to find yourself unable to do something as simple as hanging out with your friends? Once you’ve reached an extreme mindset, that’s when you know you’re eventually going to hit a brick wall. For dieting, having an extreme mindset either means you’re going to be eating high calorie sweets in all your meals, or you’ll only be eating broccoli and asparagus for the rest of your life. These two extremes exist, and we’re sure you’ve seen them before!

The thing is, is it possible to find a middle ground? Absolutely.

The Best Way to Deal With Temptation

There’s a common idea that athletes have to suffer if they’re ever going to make any gains. However, studies have shown that people who remain strict throughout every minute of their day are more likely to lose control and binge eat once they’re introduced to temptations such as cakes, brownies, or cookies

If you introduce flexible dieting in your life, not only will you have some variation in your meals, but you’ll also finally be able to go out with your friends, hang out with the boys (or girls!) and never feel like you should be punished for taking care of your body. You’ll be allowed to have a few drinks, and eat a little bit more calories than you’re used to. All-in-all, you probably deserve to let loose a bit.

If you’re on a flexible diet and you know you’re going to be breaking your routine, such as getting invited to a dinner party or simply hanging out with friends, it can be refreshing to know you can move outside the boundaries of your diet. When this happens, you’ll probably be intermittent fasting for a longer period of time, eating less earlier in the day, and not having as much fiber in your meals. Basically, you’re preparing your body to be able to handle anything you throw at it.

So, while other bodybuilders are terrified of going out with their friends, you’ll be able to have fun, hang out with your friends, and still stay within the boundaries of your overall plan! No longer do you feel like you have to sacrifice your gains in order to have fun!

If you’ve trapped yourself in this perfect macronutrient cycle, then you’ll be terrified of doing anything out of your routine. What if you’re traveling on the weekends? Can you get 6 perfect meals while traveling abroad? How about your social life, are you killing it in order to get your gains? That’s simply unrealistic.

And even then, we believe stressing over your meals and your macronutrients every minute of the day is more likely to lead to a more elevated cortisol and inflammation. In time, this will simply make the fat loss and/or muscle gain process that much harder! Since your diet is flexible, you can get away with altering your meal schedule or even the total number of meals you eat. As long as you get close to your desired macronutrients for the day, you’re set! 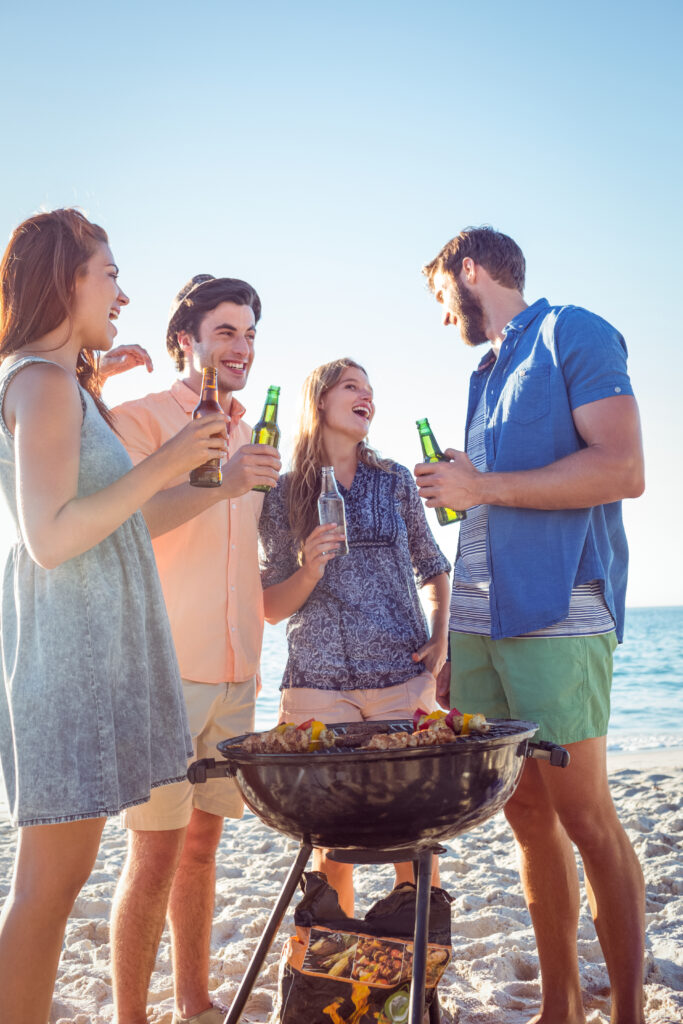 A Time and Place for Everything

If you’re going out with your friends once a week, there’s nothing to be stressed about. Just ask yourself, if you know that this week you’ve busted your behind and trained hard in the gym, then why not enjoy yourself for a day? You don’t need to lock yourself into eating broccoli in every meal, you can have salad and chicken during most of your weekday meals, while having a more flexible approach during the weekends. If you know you’re going to be having some fun with your friends, you could be eating healthier earlier in the day, getting your reps and micronutrient goals, and then have fun later that day!

However, that also depends on the time of year and your own personal objectives. What if you’re six weeks out from a contest? Would you ignore it and blow off steam, ruining your momentum? We believe that during certain time periods you shouldn’t feel stressed if you force yourself to get into the zone, making sure everything’s dialed in. However that state isn’t sustainable, so we advise you to get into a more flexible diet during your off season.

You can stress yourself out on every meal you’ll take, counting macronutrients with a metaphorical ruler, but it’ll only lead you to either binge eat and ruin your meals. Over time, this practice can also have indirect consequences. Everyone has what’s essentially called their “self control system” in their brain, if you’re always stopping yourself from enjoying food or social activities, then you’re putting a constant drain on that system. And what happens when you’re met with a plate of delicious looking cookies? You’re more likely to binge eat on them, ruining all of your hard work!

We hope this article helped convince you of the importance of having a flexible diet and mindset while bodybuilding. We highly recommend you check out our “If it Fits Your Macros” video where we discuss macronutrients! It might be your best guide to formulating a flexible diet, after all a diet isn’t as simple as just tracking your macros (though we all wish it was). We know that having broccoli and chicken every meal is going to give your body a hugely different result than eating a bowl of sugary cereal with a protein shake!